Cecilia Chan, also managing director of Meridian Media Advisors, a corporate finance consulting firm based in Los Angeles, New York and London, has over 30 years of experience in direct investments and business development, and has been involved with investments totaling more than $1 billion. Cecilia is on the board of Attract China, which markets and promotes destinations to Chinese tourists by establishing online and market presence. During her career, Ms. Chan has developed and funded private equity investments in both the U.S. and China, including facial recognition and hi-speed video scanning technology, a specialty pharmaceutical company focused on creating new drugs to treat infectious diseases and Century Glory, a business that helps students with improved learning tools and programs. She is deeply committed to philanthropic efforts that support education and sustainable positive changes. She founded the Siezen Foundation, a nonprofit that works to preserve the testimonies of the last survivors of the 1937 Nanjing Massacre. She is also a trustee of Facing History and Ourselves, a member of the Dean’s Council of Harvard University’s Kennedy School of Government and sits on the benefit committee of Steven Spielberg’s Shoah Foundation. She holds a Bachelor of Science degree in International Business from New York University. 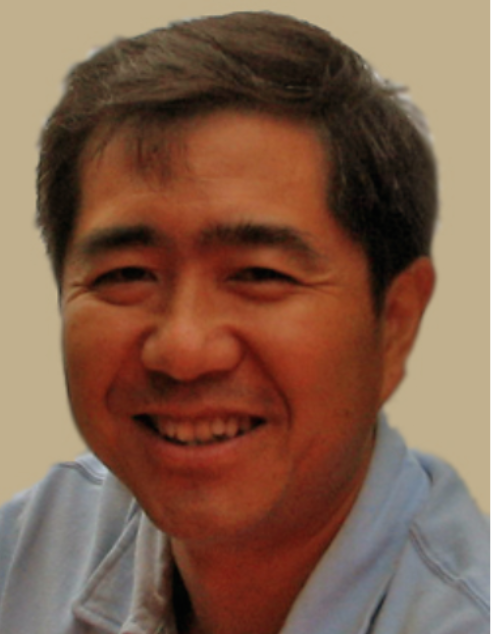 Baizhu Chen studies macroeconomics and international economics, with an emphasis on China. His work has been published in the Journal of Peace Research, European Journal of Political Economy, China Economic Review, Applied Financial Economics, Social Choice and Welfare, and Journal of Macroeconomics. He is Senior Researcher at the Institute of Finance and Banking at the Chinese Academy of Social Sciences, chief economist of Sino-Century Capital, a VC firm in Shanghai, and former president of the Chinese Economists Society. He is academic director for Marshall’s GEMBA program, and a recipient of the Golden Apple Award. He received his BS in Mathematics from Fudan University in Shanghai, MA and Ph.D. in Economics from the University of Rochester in New York. 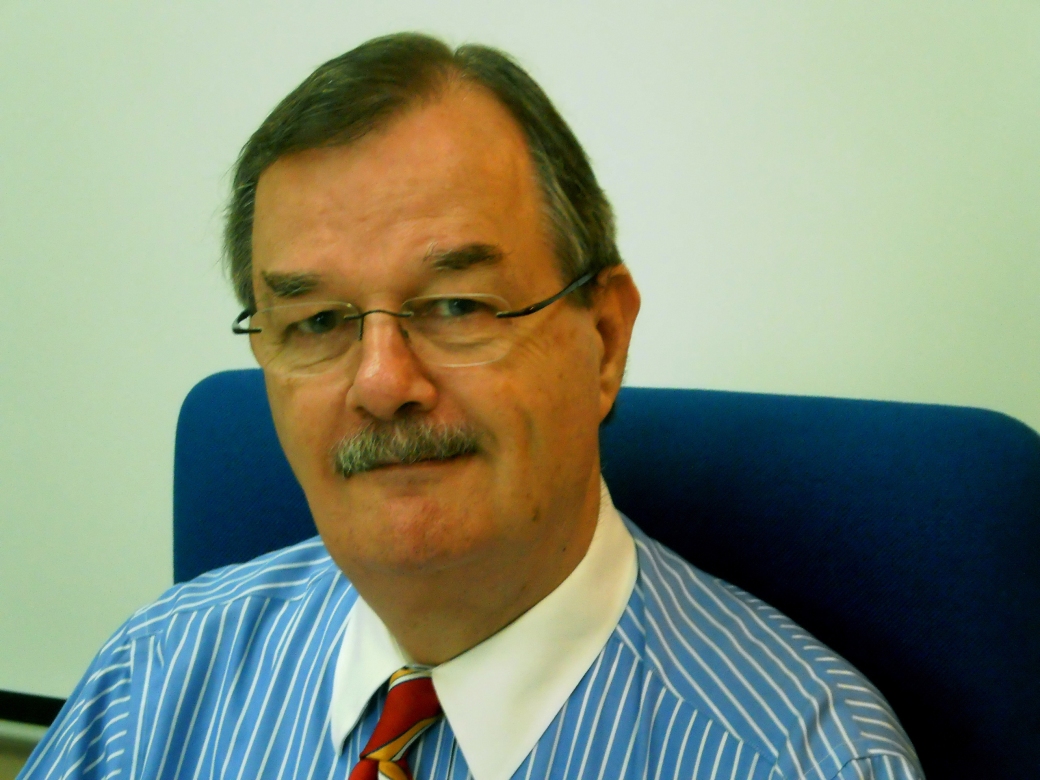 Herb Cochran, Executive Director of AmCham Vietnam in Ho Chi Minh City, has helped AmCham members develop an influential organization to promote trade and investment between Vietnam and the United States, with a focus on improving the business environment and developing networking, information-sharing, and outreach activities.

He mobilized AmCham Vietnam members’ substantial efforts to conclude negotiations on the Vietnam-U.S. Bilateral Trade Agreement and Vietnam’s WTO Accession, and to have these two agreements approved by the U.S. Congress.Herb helped AmCham Vietnam develop its information and outreach activities such as organizing trade and investment missions to the U.S. by the Ho Chi Minh City People’s Committee and the Dong Nai People’s Committee, hosting the 40th Annual Meeting of the Asia Pacific Council of AmChams, and developing the AmCham website which welcomes over 250,000+ visitors and nearly 350,000+ page views per month.

Herb has received many notable awards, including two Bang Khen awards in 2010 from the Chairman of the People’s Committee of Ho Chi Minh City to AmCham Vietnam (HCMC) and to Herb personally. He received the U.S. Department of Commerce Gold Medal for Exceptional Service, for work while at the U.S. Embassy in Tokyo related to opening Japan’s telecommunications market to U.S. equipment and services, and also opening Japan’s architecture/construction/engineering market with international competitive bidding for the award-winning Kansai International Airport Terminal. He also received Commerce Department Silver Medal for Meritorious Service for work related to Japan’s implementation of the “GATT Code on Technical Barriers to Trade.”

Born in North Carolina, Herb earned a B.A. from the University of North Carolina at Chapel Hill (History), and a Certificat from the Institut d’Études Politiques (Sciences Po) in Paris. He is also a graduate of the Industrial College of the Armed Forces in Washington DC (National Defense Strategy). He is a member of the American Chamber of Commerce Executives, the American Foreign Service Association, and the Army and Navy Club in Washington DC. Richard Drobnick is the director of the IBEAR MBA program at the USC Marshall School of Business. He was the founding director of the School’s Center for International Business (1990-2014), which was supported by the U.S. Department of Education since 1990, as one of its 33 national resource centers on international business. Dr. Drobnick served as USC’s inaugural Vice Provost for International Affairs (1994-2005). He was the inaugural Secretary General (1997-2002) and a member of the Steering Committee (1997-2010) of the Association of Pacific Rim Universities (APRU), an association of presidents of 45 leading Pacific Rim research universities (www.apru.org). He launched and led APRU’s Pacific Rim research programs on “Sustainability and Climate Change” and “Public Health”(2006-2010).

Dr. Drobnick specializes in Pacific Rim economic and business issues and U.S. and Pacific Rim trade policies. He is the author of numerous articles regarding international economics and business, as well as the co-author of Neither Feast nor Famine: Food Conditions to the Year 2000 and co-editor of Small Firms in Global Competition. He is a member of the U.S.-Asia Pacific Council, the Council on Foreign Relations, the Asia Society of Southern California’s Executive Committee, and is a director of the Japan-America Society-Southern California. As a Peace Corps Volunteer in Malaysia (1967-1969), Drobnick served as an economic advisor to the Malaysian Department of Agriculture’s Farmers Association Movement. Clayton Dube has headed the USC U.S.-China Institute (china.usc.edu) since it was established in 2006. The institute focuses on the multidimensional and evolving U.S.-China relationship. Dube was trained as an economic historian, has lived in China for five years (1982-85 and 1991-1992) and visited dozens of times for research, to lead delegations, or to lecture or participate in conferences. Dube has long been committed to informing public discussion about China and about the U.S.-China relationship. He was associate editor of the academic journal Modern China and oversaw the web publication AsiaMedia. He currently directs Asia Pacific Arts, and US-China Today. He’s produced and consulted on several documentaries, including the institute’s Assignment:China series on American media coverage of China. He writes the institute’s Talking Points column and he’s frequently cited in the U.S. and Chinese press. Since 2012, he’s co-moderated Chinapol, a private discussion list for academics, journalists, policy analysts, and government officials. Follow him on Twitter @claydube. 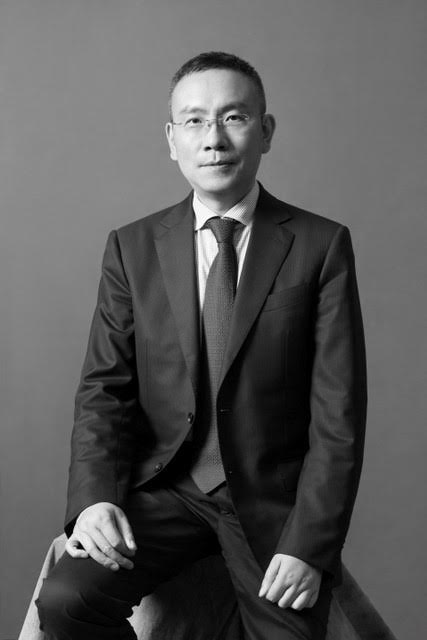 Mr. Yi Huang is the President of Tianfu Bank, which is headquartered in Chengdu, Sichuan, and which employs over 1600 workers.  Mr. Huang received his Master’s Degree from the Southwest University of Finance and Economics. He worked at both the People's Bank of China and the Bank of China for many years, holding various key positions at these institutions. Mr. Huang has been with the Tianfu Bank (formerly the Nanchong Commerical Bank) since 2002; he previously served as an assistant to the President of Sichuan Tianfu Bank Co. and as Vice President of the Bank.

Mr. Huang has over 20 years of experience in the financial sector, which has enabled him to form a deep understanding of this industry. He has expertise in financial, economic, and management theory, as well as rich practical experience, owing to many years of working in business development and management. 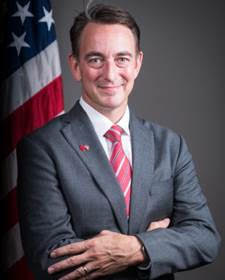 Jim Mullinax began his assignment as U.S. Consul General in Chengdu, China in August 2017. Prior to this position, he served as Economic Counselor at the U.S. Embassy in Jakarta. He has spent the majority of his career in Asia, previously serving in Manila, Philippines; Surabaya, Indonesia; Taipei; Hong Kong; and Shanghai.

In Washington, Jim served as the Acting Director of the East Asia and Pacific Economic Policy Office where, in addition to preparing senior officials for APEC and ASEAN ministerial meetings, he led initiatives to promote senior level commercial advocacy at multilateral meetings and to encourage foreign investment in the United States. He also worked in the Economic Bureau’s Office of Monetary Affairs, where he was responsible for macroeconomic analysis and U.S. policy on debt relief and restructuring for African and Eastern European nations.

Jim is a graduate of the University of Puget Sound, and holds an MA from Ohio University and an MPA from the Kennedy School of Government at Harvard University. He speaks Mandarin Chinese and Indonesian. He is married to well-known food writer Tzu-I Chuang Mullinax and they have two sons. 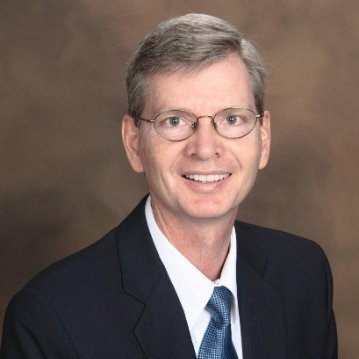 Francis “Chip” Peters is the Senior Commercial Officer at the U.S. Embassy in Nairobi, Kenya and is responsible for counseling U.S. companies entering overseas markets, advocating for U.S.commercial interests, and organizing trade promotion activities in East Africa. He previously served with the U.S. Commercial Service in Bangkok, Thailand and Shanghai, China. Prior to his government service, Chip worked for 15 years as a marketing and sales executive in the telecommunications and computer industries in the U.S., Malaysia, and Thailand. 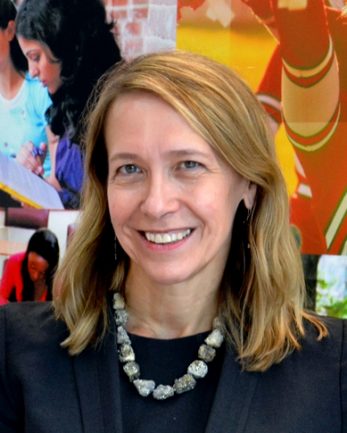 A career member of the Senior Foreign Service with Minister Counselor rank, Consul General Mary Tarnowka arrived in Ho Chi Minh City in August 2016. Prior to arriving in Vietnam, she served as Acting Deputy Chief of Mission and Minister Counselor for Economic Affairs at the U.S. Embassy in Seoul, Korea.

Ms. Tarnowka has over two decades of experience in the Foreign Service, focused mainly in Asia, where she has served as Deputy Principal Officer and Political and Economic Section Chief in Shanghai, Deputy Economic Counselor in Delhi, and Economic Officer in Taipei, as well as postings in La Paz, and Santo Domingo. She also served as Deputy Director of the Office of Policy and Global Issues and Senior Congressional Advisor for the Bureau of European and Eurasian Affairs and as Trade Policy Officer at the Office of Chinese and Mongolian Affairs at the Department of State, as well as Director of U.S.-Chile Free Trade Agreement Coordination at the Office of the U.S. Trade Representative.

Prior to joining the State Department, Ms. Tarnowka was a Certified Public Accountant and International Tax Manager in San Francisco. Ms. Tarnowka has a Bachelor’s degree from the University of Illinois and a Master’s from Golden Gate University. Ms. Tarnowka speaks Vietnamese, Mandarin, and Spanish. She has two daughters. The eldest lives and works in San Francisco and the youngest attends Middle School in Ho Chi Minh City. 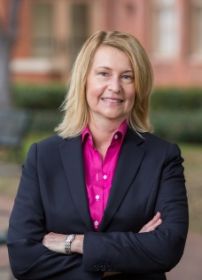